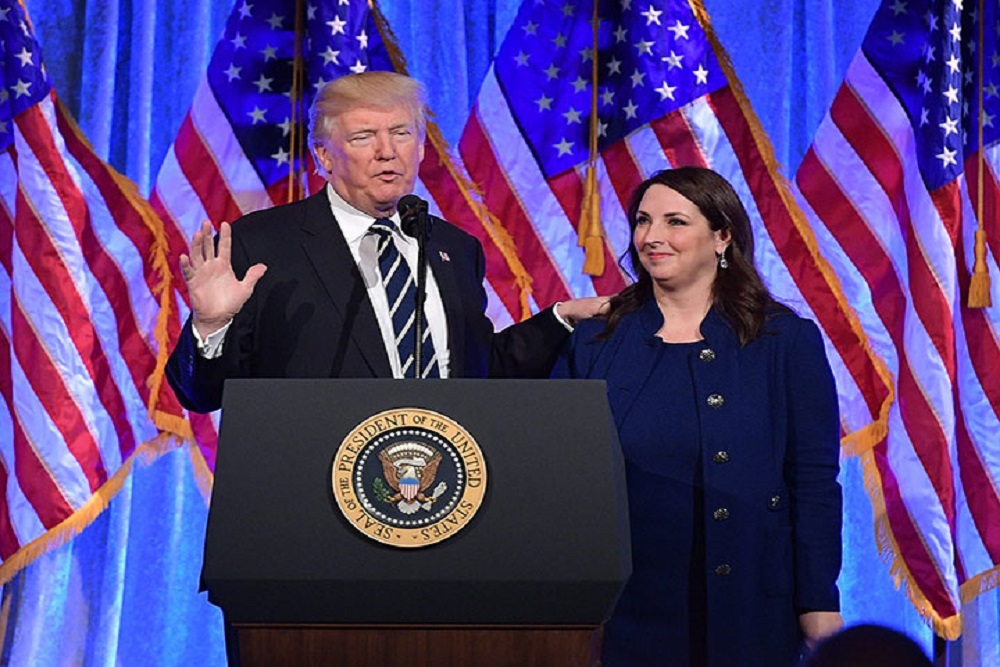 Citizens For Sane Government issued the following announcement on Oct 21.

Democrats are growing weary of the formidable fundraising machine at President Donald Trump’s disposal. The Trump campaign, together with the Republican National Committee, have combined to raise a record-breaking $334 million to advance GOP campaigns nationwide.The Democratic National Committee, saddled with millions in debt, lags far behind in its lackluster fundraising efforts, with $8.6 million on hand through the end of September.

Falling short in campaign funds, the committee is limited in its ability to help Democratic candidates ahead of 2020. The RNC entered September with $53.8 million on hand and ended the month with $59.2 million in the bank. That’s more than twice as much money as it had at the beginning of the year and far more than the $19.4 million it had at this point in 2015.The committee hauled in $11.3 million from individual donors in September. It also received nearly $10 million from Trump’s joint fundraising committees, Trump Victory and Trump Make America Great Again Committee.

The national party fundraising machine channeled $2.2 million to state party committees in September to aid key congressional races or state-level elections. It transferred $482,360 to the North Carolina Republican Party in September amid the state’s record-breaking special congressional election.Republican party affiliates in historically red states, such as Kentucky, Mississippi, Arizona and Louisiana, also received more than $250,000 each from the RNC.

The Republican Party in Mississippi, where the state’s Democratic state Attorney General Jim Hood goes head to head with Republican Lt. Gov. Tate Reeves in the November gubernatorial race, received $351,180 from the RNC.The DNC’s fundraising efforts, however, lagged in September. The party ended the month with a cash reserve of $8.6 million, a slight uptick compared to the $8.2 million it had at the beginning of the month. It brought in just shy of $7 million in September, less than what it raised in recent months.

While Trump stands out as the lone frontrunner backed by his party, the Democratic Party has yet to line up behind a favorite candidate. The funding gap between the DNC and the RNC is likely to shrink once the Democratic Party sets up a joint fundraising committee for its future nominee.

Then Democratic Party presidential nominee Hillary Clinton’s joint fundraising committee, Hillary Victory Fund, was formed in 2015 and brought in nearly $530 million to her campaign and Democratic party committees.Compared to its Republican counterpart, the DNC has so far offered limited support for state party committees. The party transferred less than $200,000 to Democratic parties in several states in September, including swing states such as Florida, Wisconsin and Michigan where vulnerable Democrats face challenges in 2020. Bruised by sluggish fundraising performances and $7.2 million in debt, the DNC recently turned to the party’s presidential contenders for help. The party committee hosted fundraising events featuring several candidates as headliners, including Sens.

Elizabeth Warren (D-Mass.) and Kamala Harris (D-Calif.), and self-funded billionaire Tom Steyer, CNBC reported. The DNC is not the only Democratic party committee to struggle with multimillion-dollar debt. The Democratic Senatorial Campaign Committee ended September with $17.6 million on hand, more than the $13 million cash reserve of the National Republican Senatorial Committee, but it stills bears a debt of $11.9 million. The committee raised $6.8 million in September, outpacing its GOP counterpart by almost $2 million. The debt-free Democratic Congressional Campaign Committee is performing better than its Republican counterpart.

The committee netted $12.9 million in September, including $8.3 million from individual donors. It only spent $5.5 million, leaving $36.2 million in the bank to defend the House.The National Republican Congressional Committee, on the other hand, raised $7.8 million during the same period, keeping $23.9 million on hand by the end of September. It received more transferred funds than the DCCC from other political committees, but fell short in gathering support from individual donors. The committee received $861,078 in transfers, including $376,592 from House Minority Leader Kevin McCarthy’s joint fundraising committee, McCarthy Victory Fund.

Sign-up and get latest news about the courts, judges and latest complaints - right to your inbox.

By signing up you agree to receive email newsletters or alerts North Bluegrass News. You can unsubscribe at any time.

Want to get notified whenever we write about CITIZENS FOR SANE GOVERNMENT (PAC) ?

Sign-up Next time we write about CITIZENS FOR SANE GOVERNMENT (PAC), we'll email you a link to the story. You may edit your settings or unsubscribe at any time.

Organizations in this Story